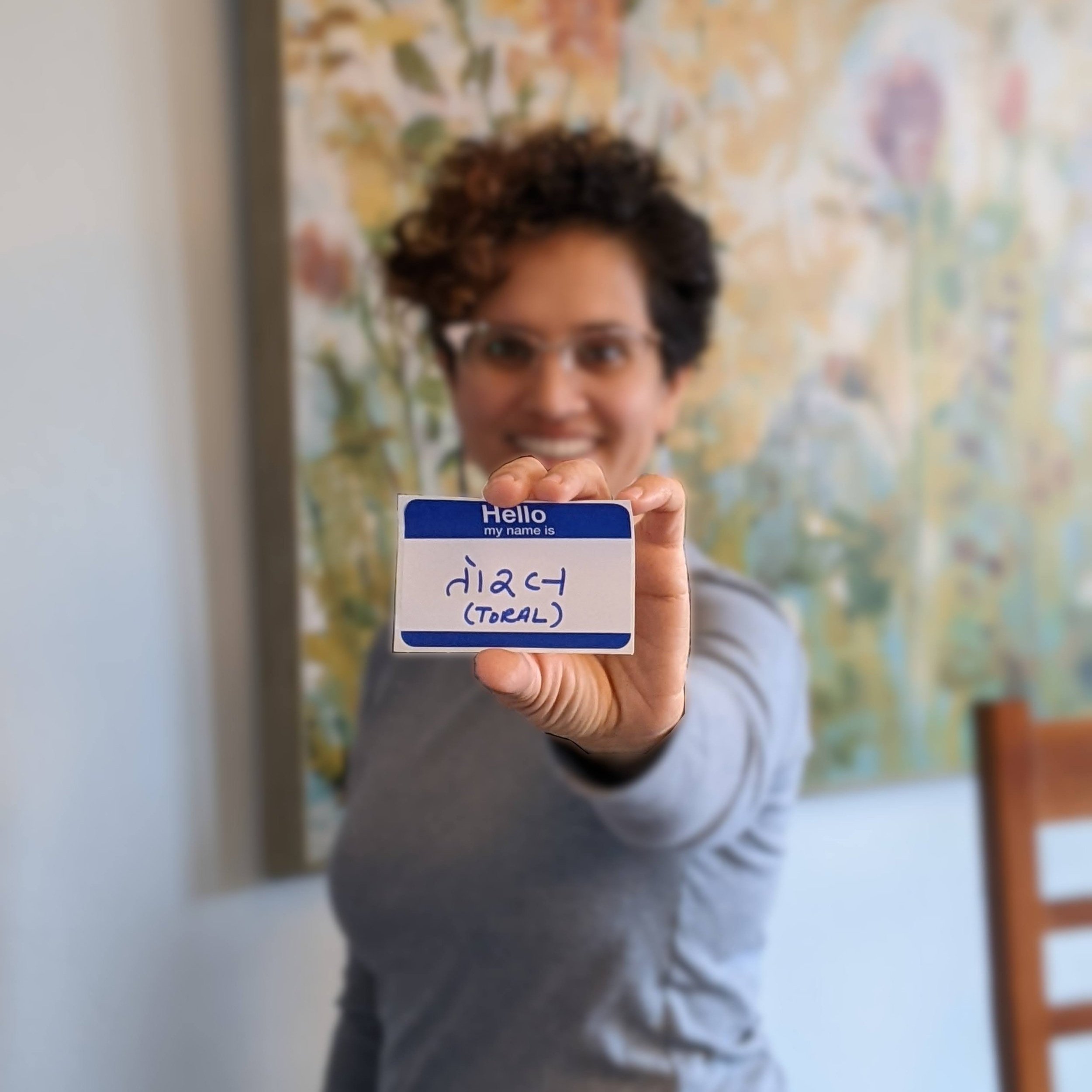 I recently did something new. And kind of huge.  My stomach hurt, I was nervous, and I found myself second guessing whether I should have done it all….I updated my LinkedIn profile to include a recording of how to pronounce my name.  My name is, તોરલ.  My entire life, તોરલ, has been reserved just for my family.  The rest of the world knows me as Toral (“It’s like Coral, with a T” I usually say to help people pronounce it “correctly”).

I have been teased by my family for referring to myself as Toral when introducing myself.  But, why wouldn’t I?  When I was growing up in the ‘80s in a predominantly white midwestern suburb I got the clear signal that the majority of others in my community were not only unable, but often unwilling, to try to say my name.  And to be fair, it is a challenging name for someone who has only ever spoken English as their primary language. Over time it just got easier to say Toral.  No fuss, no explanation and we could just move on. The more quickly we moved on from the subject of my name the less like an “other” I would feel. It was the game of assimilation.

Even my Indian colleagues, clients, and friends have called me Toral in mixed settings – following my lead on how I introduce myself.  And that’s when things feel really strange.  It’s in those moments I feel most confused.  Who am I in this context?  Who is Toral and who is તોરલ?

They are both me.  After decades of uncertainty, I’ve decided that I am both તોરલ and Toral.  Both are inextricably linked to my experience on this Earth. What has changed is that I’m no longer going to assume that others cannot or do not want to pronounce my given name, તોરલ.  So, here it is, world.  My name is તોરલ, or Toral, Livingston-Jha.

Since I started introducing myself to some of my colleagues and clients as તોરલ I have been met with such delight and…relief.  In turn, many introduce themselves by their given names and we take a nice deep breath from the ease of knowing that we can relax a bit more into who we are as we do important work together.

So, why now?  Why today? Well, I recently was at my son’s sporting event were many of the athletes (including my son) had names that were unfamiliar to the announcer.  Rather than attempting/confirming pronunciation she just simply said the names however she wanted to (often while laughing) or said she wasn’t even going to attempt the name at all.   All of the other more “common” names were acknowledged throughout the event and said with ease and respect.  The omission of the other names was an omission of people’s identity, their culture, their sense of self.  And so, in that moment, I decided that I no longer wanted to be a part of that erasure – my own erasure or my son’s.  I no longer want to give the signal that we need to hide who we are in order to make it easier for others.  I am તોરલ.

Does this experience resonate with you? Is there a part of your identity that you would like to share with the world? What would become possible? Who or what could support you?

With joy and love,